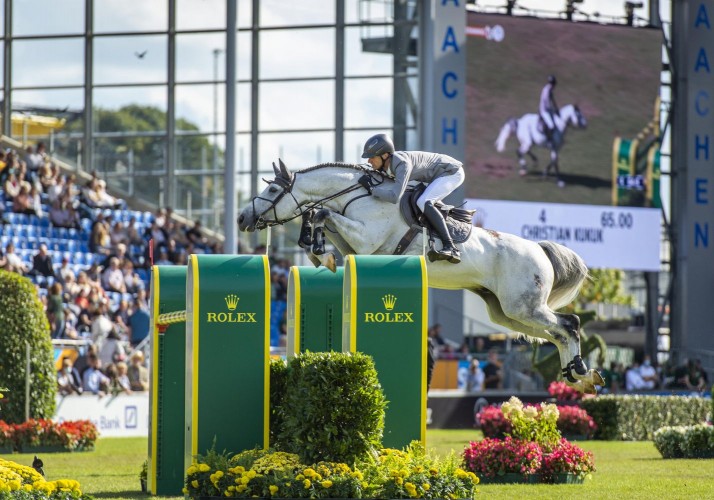 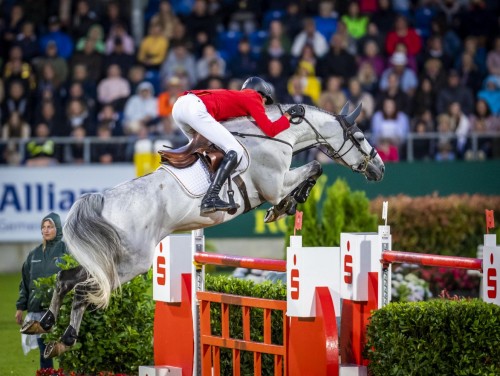 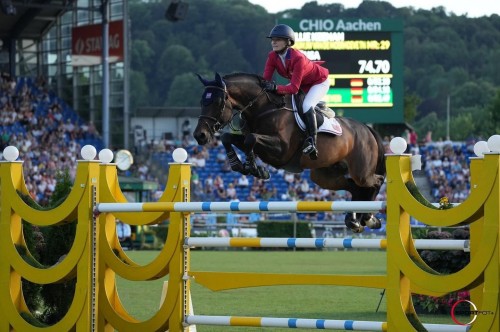 A genetic sensation! Gino H is the half-brother to the legendary and Olympic Champion Hickstead and is combined with the dam of the sensational Grand Prix stallion Mumbai

Gino H is a son of Calvino Z out of the top mare Jomara, which makes him the half-brother of the legendary Hickstead. Gino H was one of the eye-catchers at the KWPN stallion selection in 2014. There he was appointed for the performance test. As a young horse he was one of the highlights of the PAVO Stallion Competition, but he seems to excel especially with his offspring. Gino H is a modern stallion with an excellent character, blood and a lot of flexibility, something he also passes on to his offspring. At the various stallion inspections, his sons invariably stand out with their fantastic performances, three of his sons have already been approved. His mostly young offspring also promise to confirm expectations under saddle.

Hickstead's half-brother is combined with the mare Ischgl de Muze, the dam of the 1.60m stallion Mumbai. The Grand Prix stallion Mumbai, approved by various studbooks, achieved team silver as a nine-year-old in 2021 and an individual 4th place at the European Championships in Riesenbeck. Dam Ischl de Muze performed at international level herself and also produced the eight-year-old stallion Opium JW van de Moerhoeve (1.50m). Grandmother is none other than VDL Groep Eureka (1.60m), former Dutch champion with Maikel van der Vleuten. Then via Beauty-Belle van 't Roosakker we see the well-known La Belle van Sombeke, (grand)dam of many 1.60m horses, including Glock's London, two-time winner of Olympic silver with Gerco Schröder.

Foal has to be given a name with the suffix 'vd Bisschop', foal is bred by Stal den Bisschop, JW Stables and De Moerhoeve.