Out of the world famous breeding and sports mare Funky Music 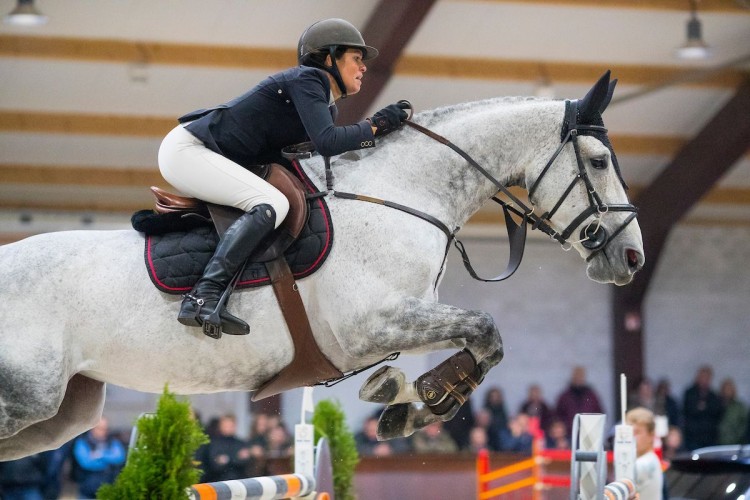 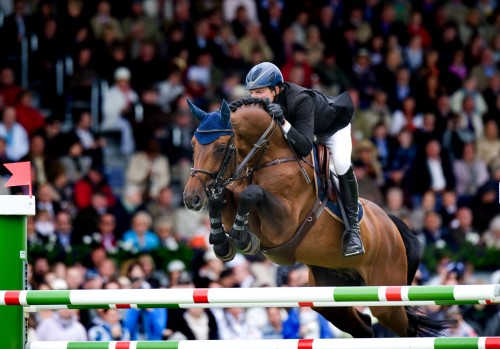 This mare embryo (gender determined) carries a collection of the best jumping genes in the world on both sire and dam's side. World class phenomenon Chacco Blue is in this embryo combined with the fantastic mare Funky Music who knows how to convince in all areas.

Under Ann Carton-Grootjans, Funky Music grew out into a competitive Grand Prix mare who competed in several World Cups. Funky Music comes out of one of the first crops of World Champion Vigo D'Arsouilles and the mother is the influential mare Lhasa van Goliath Z. Lhasa’s first offspring Quartz-Music was an immediate hit when he developed into a world class jumping horse and took part in World Cup competitions with Gilles Bertran de Balanda. The 1.60m horse Krapuul F, a half-brother of Funky Music, has proved successful with almost every member of the Philippaerts family.

Half sisters of Funky Music also appear to be strong breedingmares. They produced several 1.60m, 1.55m and 1.50m horses. One of these offspring is the 1.60m horse Fortis Fortuna ridden by the Irish rider Daniel Coyle. Fortis Fortuna in her turn is the dam of 4 horses that compete between 1.50m and 1.60m, with H5 Just The Music by Carlos Hank Guerreiro and Seacoast B52FZ by Gudrun Patteet being the most famous ones.